The prevailing wisdom when it comes to video game inspired movies is that only a few of them live up to the expectations. Therefore, to make it easier for you, TechTrends narrowed down the list to the best video game movies of all time.

This list of the best video game movies of all time has a lot of variety, so everyone can find a movie to watch here. Although the list is mostly dedicated to the films that are based on a video game, we also included Free Guy, which is set in a fictional game. There is comedy, horror, and gory fatalities on the list. You can pick one and put down your controller and instead, pick up some popcorn. Courtesy of the new generation of filmmakers who have loved video games when growing up, great adaptations are coming out each year. We will keep this list updated when new movies come out. Without further ado, let’s get to it.

It is not an easy task to adapt any form of media into a movie and video games are no exceptions. Although some of them have failed to meet expectations, some have impressed the fans. Although some critics might not be as thrilled as gamers when it comes to these movies, it is still worth watching. The best video game movies of all time listed here are ranked based on their ratings on IMDb.

You might not have expected Pixels to be here, but it is inspired by the arcade classics of the 1980s, such as Pac-Man and Centipede. The movie also stars Brian Cox and Peter Dinklage and it is worth watching. The story follows the aliens who intercept video feeds of those arcade games and believe that it has a declaration of war. Therefore, they attack Earth by using the games like models. In order to fight them off, President Will Cooper, played by Kevin James, asks his childhood friend and former video-game champ Sam Brenner, played by Adam Sandler, to help him. Pixels is one of the best video game movies of all time.

This movie helped video game movies in taking a step into the spotlight when it was released in 2010. Although many of the previous films of this genre where targeted at a particular audience, Assassin’s Creed attracted the attention of a wide range of people. Michael Fassbender, Marion Cotillard, and Michael K. Williams starred in the movie. Cal Lynch goes back in time to the 15th-century Spain with the help of a revolutionary technology that unlocks his DNA’s genetic memories. He tries to live as a member of the Assassins, which is a society aiming to protect free will from the horrible Templar Order. This is an amazing film and indeed one of the best movies based on video games.

Adaptations of video games are most often controversial and hardly ever successful. Lara Croft: Tomb Raider is one of the best video game movies of all time. Many believe that Jolie was the greatest choice for the role of Lara Croft. Although the movie did not score great on Rotten Tomatoes and IMDb, it is an iconic role for the actor as it launched her to a brand-new level of stardom. The other actors are charming as well, with Jolie’s real-life father, Jon Voight, also shining in the movie as her dad.

Werewolves Within is quite entertaining as one of the best video game movies of all time and it is based on Ubisoft’s 2016 VR game. The central theme of the game is taken, which is a group of people who can be the monster in disguise, but it also turns the game into a smart and funny horror movie. when the storms hit, power generators get destroyed and some dead bodies surface, Forest Ranger Finn comes along. The group begins to find those responsible. It is quite fun and entertaining, so do not miss it.

Mortal Kombat that came out in 2021 also made it to the list of the best video game movies of all time, especially for the fight scenes. Cole Young, played by Lewis Tan, is a new protagonist added to this universe but since he has to fight in Mortal Kombat competition, fans will get to see their favorites such as Sub Zero and Sonya Blade in action. Since the characters get hit in the head a couple of times, it is no surprise that the dialogues in the movie are not like Shakespeare. If you are looking for a movie that has fighting scenes, this is the right pick for you.

Based on the best-selling video game series, Uncharted is one of the greatest video game movies of all time. The movie focuses on young Nathan Darke before the first game’s events begin to happen, with Holland’s character being recruited by a treasure hunter to find the lost treasure of Ferdinand Magellan. He believes young Nathan is talented when it comes to theft. When he gets recruited as a hunter, he is allowed to experience a life larger than he has ever known before. Critics did not appreciate the movie a lot as they believe it does not take up new ground, failing to showcase the grandeur of the video games it was made from. Despite all that, it is worth watching if you are a fan of video games and Tom Holland.

Alicia Vikander followed the footsteps of Angelina Jolie in the 2018 Tomb Raider, playing the role of Lara Croft. This is among the best movies based on games and is more serious than the ones that came before. This movie id a great job in capturing the essence of that video game franchise compared with the other ones. The story revolves around Croft as she looks for her father, who is missing. We strongly recommend this wonderful film.

Silent Hill is still one of the best video game movies of all time and one of the moodiest and dreadful ones on the list. It follows the tale of Rose, played by Radha Mitchell, who is keen on finding her adopted daughter in the eerily ashen and fog-drenched town named Silent Hall following a car accident. There are many outstanding jump scares and psychological unease included in the movie and it is quite scary as a video game as well courtesy of its impressive visual recreation of a popular horror setting among gamers and fans of horror movies.

Another one of the best movies about video game world is Sonic the Hedgehog but since the movie came out during the pandemic in 2020, it was not as successful as expected. However, it is still one of the fans’ favorite as it is based on the mega-popular Sega game. The blue hedgehog makes Earth his permanent home. While going with his supersonic speeds, he comes to meet Tom, played by James Marsden, who is the sheriff in town, helping mammal thwart to take over the power-driven scientist Dr. Robotnik. The movie was able to include the hyperkinetic energy that helped the games become so popular. This is yet another one of the best video game movies of all time.

The movie Detective Pikachu did justice to the Pokeman brand when it came out in 2019. The film follows the story of 21-year-old Tim Goodman, who is on the lookout for his missing private investigator dad Henry. He then joins up with Pikachu in the process. There is lots of CGI, sentimental things about family and many jokes involved in the movie. The cast members are very eclectic such as pop singer Rita Ora, Bill Nighy, Ken Watanabe, and the DJ Diplo; however, the thing that stands out is the love and care dedicated to the Pokeman world-at-large that counts the most. This is one of the best video game movies of all time, and arguably the best one. 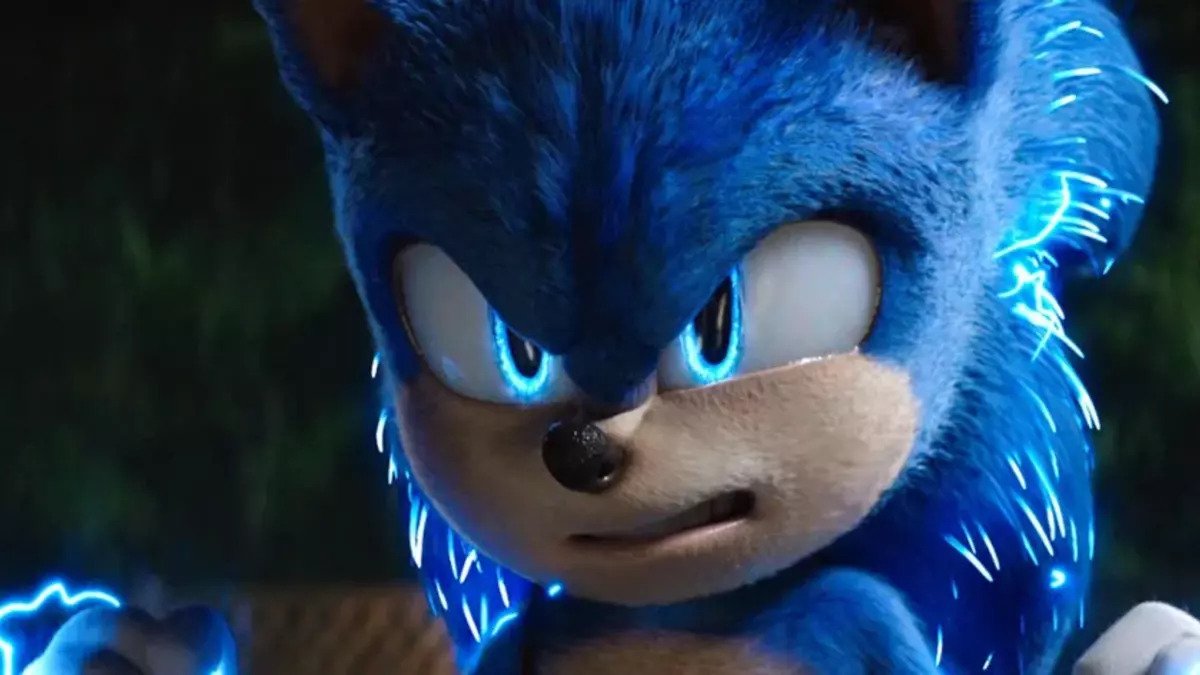 Many reviewers believe that this movie is better than its predecessor. Sonic the Hedgehog 2 shows the return of the evil Dr. Robotnik, played by Jim Carrey, who brings Knuckles (Idris Elba) and the Echidna to go against Sonic, voiced by Ben Schwartz, and Tails (Colleen O’Shaughnessey). There is more action in this film compared with the previous movie. Moreover, many of the complaints regarding Sonic’s image in the first movie. There is also going to be another Sonic the Hedgehog made as these two were named among the best video game movies of all time.

Milla Jovovich plays the role of Alice in the movie Resident Evil, which is the original one in the franchise. This is among the best video game movies of all time and it replicates the real-world of Raccoon City as well as its mutated zombie ghouls in a way that is horrifying and harrowing as an adaptation of a video game. The reason for this game having many sequels is definitely due to that. The novelty of the premise makes this film very appealing and it will have Alice awaking with Amnesia to go against a bunch of zombies in an underground bunker. We highly recommend Resident Evil if you are a fan of the game and these types of movies.

World of Warcraft is not only the best-performing video game adaptation that grossed $433m, it also gives this world something to stand on. The movie shows that the filmmakers were not afraid to take a chance as well as spend a massive budget. The orc shaman Gul’dan is looking for a way to escape a dying world and uses dark magic to be able to go to a portal to the human realm named Azeroth. He then makes an army named the Horde with the help of fierce fighter Blackhand. They get united in order to keep Azeroth safe from hulking invaders. Among them are King Llane, Anduin Lothar and wizard Medivh. When the races collide, it is then that the leaders of each side begin to ask whether war is the only solution. This is yet another one of the best video game movies of all time.

One of the best video game movies of all time that came out in 2021 is Free Guy. The story revolves around a man who is unknowingly trapped in a virtual world. This movie takes on this concept more lightheartedly than The Matrix Resurrections, but it beats it to the punch. Ryan Reynolds has the titular role in this movie and has a mundane life as a bank teller. He then finds out that he is an NPC inside a big multiplayer online video game. Not liking the idea of being trapped, Guy decides to change things and start to be the commander of his own life. Reynolds, as an effortlessly charming actor, lets the viewers feel this charm in full force.

His character is funny, loyal, and so easy to root for. Although this movie is only inspired by video games in general and is not based on a particular game, it has made it to our list as it is very fun and engaging. We strongly recommend it.

Wreck-It Ralph is one of the best animated movies of all time that is based on arcade games, but it brings the players to life. The movie follows the tale of Ralph and how frustrated he is about his mundane pixilated life, but then he meets another character named Vanellope. There were many refreshing twists and heartfelt moments in the movie. Although the plot is mostly dependent on its characters, it is very fun for gamers and audiences as it includes game references and many cameos from the characters of the classic vide game. Therefore, it is one of the best video game movies of all time.