The cryptocurrency industry has become immensely popular and has taken over world finance. While many countries have banned crypto, others have been investing unlimitedly. So, which countries use cryptocurrency the most? TechTrends has prepared a comprehensive guide on this topic.

Without a doubt, cryptocurrency is a huge industry. Since our business and daily lives have shifted to a digital model, people expect their payment and trading to get done through digital currency as well. Despite the popularity and many people jumping into the race and adopting the new digital currency, its use is not the same across the world. Whereas some countries have put a ban on the usage of cryptocurrency, other countries have built an industry from it. Therefore, the question arises as to which countries are using cryptocurrency the most?

Which Countries Use cryptocurrency the Most? 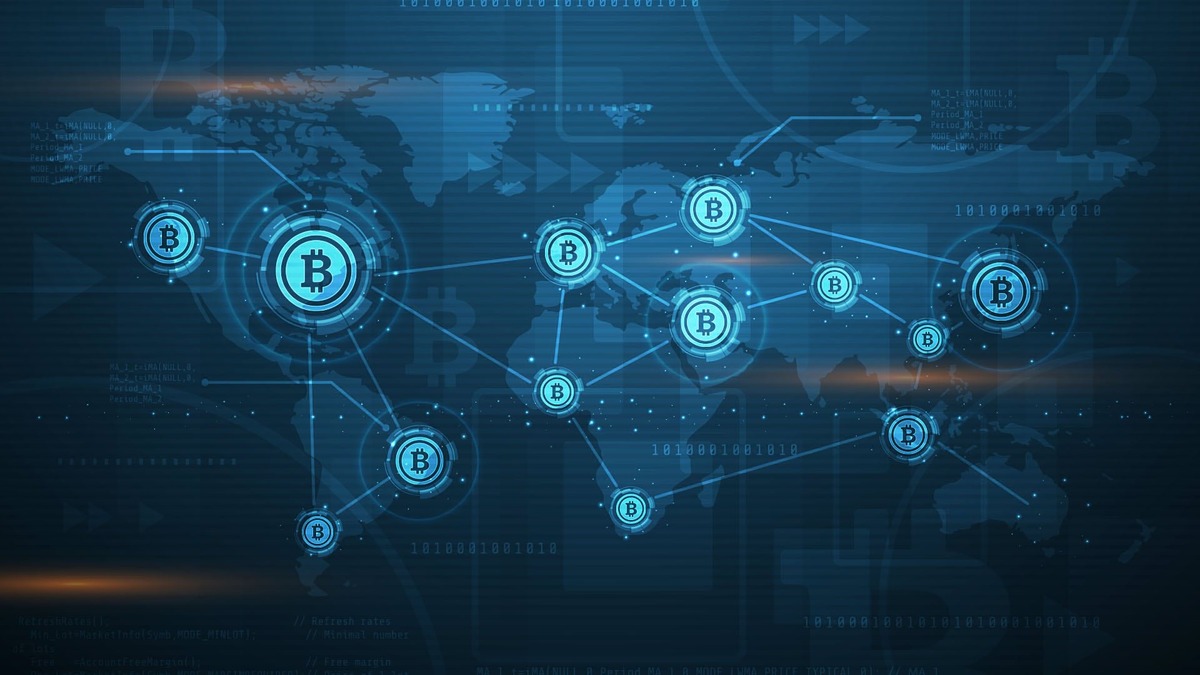 The cryptocurrency story has been controversial, but it is here to stay. People’s daily lives and businesses have shifted to the digital format, and cryptocurrency transactions are low-cost and effortless. In addition, the lifespan of crypto will be extensive, which is another reason why this digital world has gained significant importance now. The market capitalization of cryptocurrency is $3.3 trillion at the time of writing, which brings up the question, which countries use cryptocurrency the most? Let’s look at some of the countries with the most cryptocurrency holders or owners. 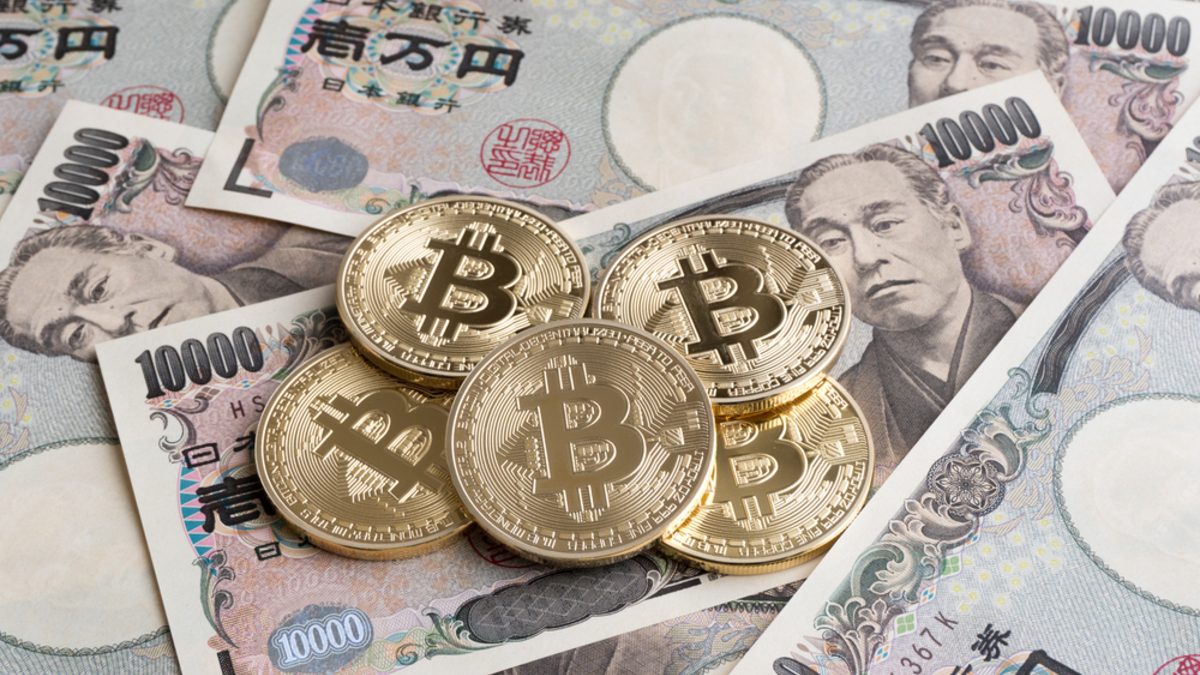 Japan’s cryptocurrency market has been exponentially growing since it is one of the countries that has invested in this industry for a long time. Therefore, it is among the answers to the question of which countries use cryptocurrency the most. Japan, one of the forefronts of technological advancements, has adopted cryptocurrency and traded it. In 2018, 3.5 million people were already investing in it, and from Autumn 2020 to Winter 2021, their crypto trading increased almost six times over.

Japan’s government has made it all possible by legalizing cryptocurrency and regulating its use very early in its development. According to Japan Virtual and Crypto Assets Exchange Association, with more investors and users becoming involved, there has been an upward trend in trading Bitcoin in Japan. The 73 million yen traded has become 417 million yen by the beginning of 2021, proving that Japan is among the countries with the most cryptocurrency holders.

Although the rapid growth of the market in Japan is remarkable, speculations have suggested that it may not always stay this way. Many factors play a role in the possible stunt of Japan’s crypto market growth, such as strict regulations set for crypto managers and their national currency’s stability. It is unknown how things will go in the future; however, the Japanese government appears eager to contain its crypto industry. 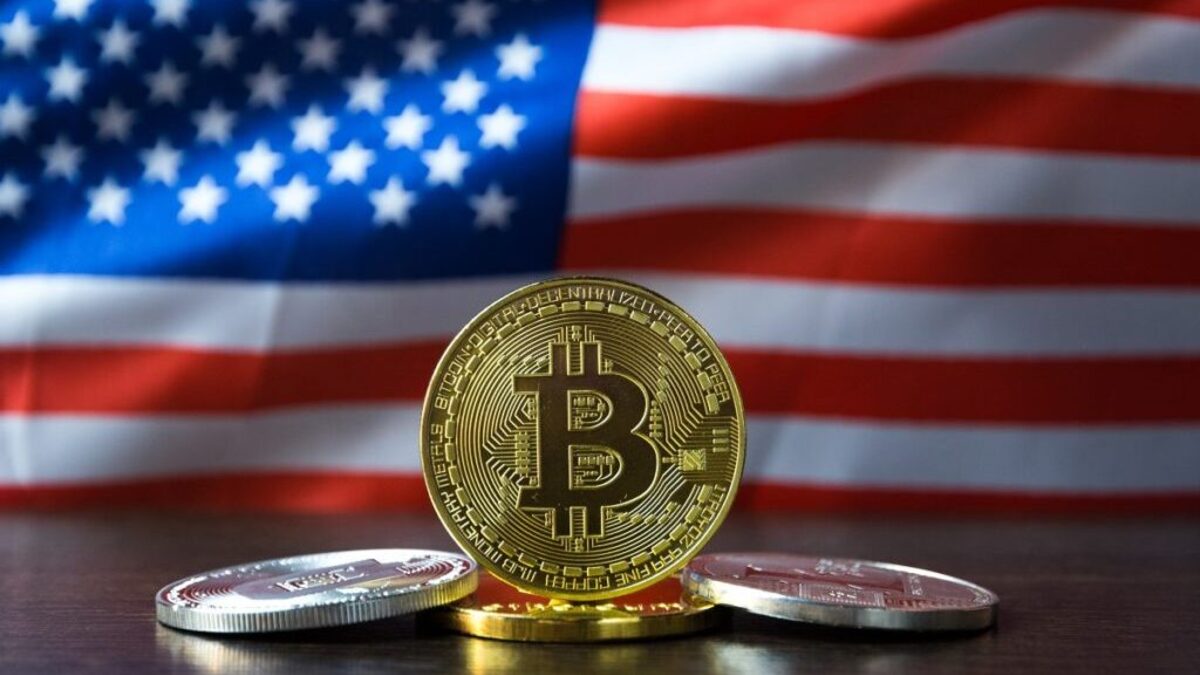 The United States appears to be one of the first answers to the question of which countries use cryptocurrency the most? The USA has seen a growth in the number of cryptocurrency investors. Mastercard and Bank of New York Mellon had also contributed to the market’s expansion when they accepted transactions in some cryptocurrencies. In addition, Hawaii, California, Florida, and Colorado are well known as the Hotspots of crypto investment and trading in the country. Bitcoin has been accepted more than other cryptocurrencies by businesses in these states. In the USA, trading, buying, selling, and spending cryptocurrencies are legal, which is one of the reasons behind the significant growth in the market. Furthermore, companies like Subway, Microsoft Store, etc., accept Bitcoin as a payment. All these factors contribute to the USA’s cryptocurrency market becoming one of the biggest globally.

Vietnam is not falling behind in the race between countries with the most cryptocurrency holders as it is one of the leaders in crypto investments globally. All this growth in the country happened regardless of the fact that crypto is illegal throughout Vietnam, and people consider it a significant investment. There are considerable fines and imprisonment imposed for cryptocurrency’s use and trade, which makes the high number of people owning some form of it quite surprising. Regarding the traffic on crypto sites, Vietnam ranks fifth in the world for accessing platforms related to crypto online. As the Vietnamese continue to show an interest in cryptocurrency, the market will only expand in the future. 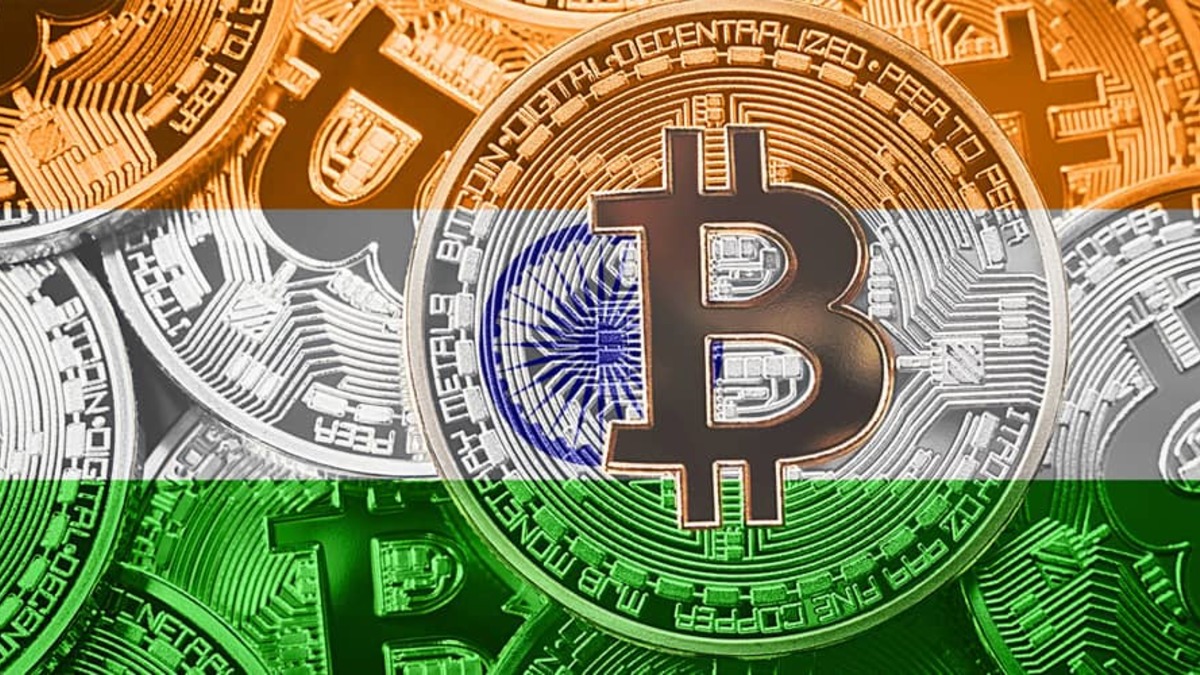 India is next on the list of answers to the question, which countries use cryptocurrency the most? Despite India’s relationship with cryptocurrency being rocky in the past couple of years, with the government setting a ban in 2018 and striking down in 2020, its market has become more massive. The younger generation had expressed their eagerness to invest in cryptocurrency after June 2020, when more than 8 million people turned to the market. According to reports, 40% of the users in India are aged between 18 to 34.

However, the country’s government looks toward regulating the cryptocurrency ecosystem and reconsidering its presence across India. There are also concerns over cryptocurrency being a threat to the national currency, the rupee. Therefore, the legal status of cryptocurrency in India is unclear. 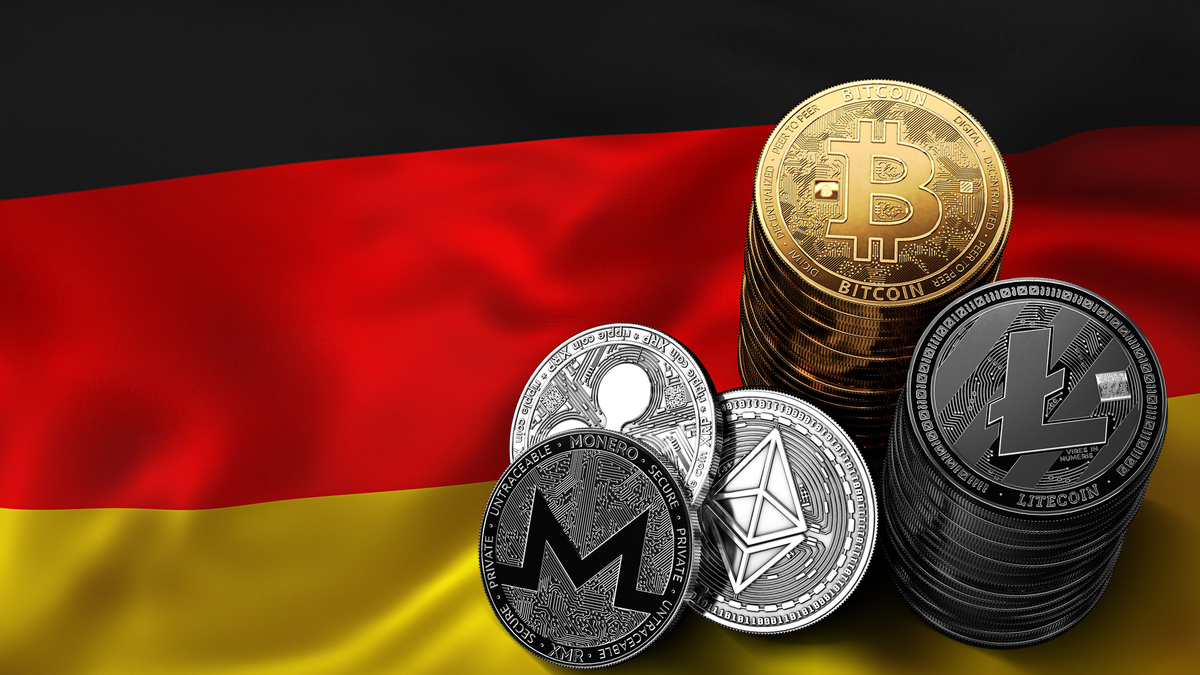 Over 2.1 million residents of Germany are using cryptocurrency. Similar to India, youngsters make up most of the investors in crypto and are aged between 18 to 34. Due to the fact that the country has legalized Bitcoin, the value of the digital currency has increased in the global market.

Germany, however, is one of the European states that regulated the Bitcoin system according to the German Banking Act. The rule suggests that anyone who conducts banking business or financial services in Germany for commercial goals needs to get authorization from the German Federal Financial Supervisory Agency. In other words, those platforms that operate Bitcoin need to get a license from the GFFSA. 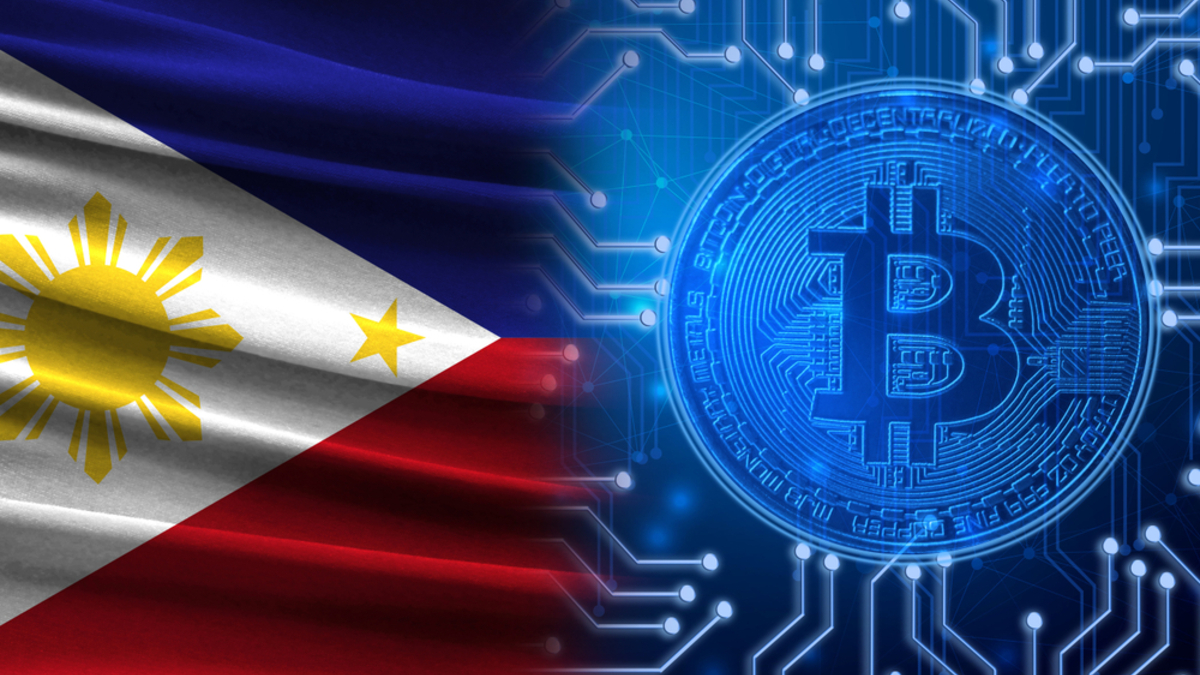 Reports claim that more than 4.3 million people in The Philippines own cryptocurrency, making the country one of the fastest adaptors of digital currency. Reports state that The Philippines is the third-highest number of crypto users by country, which means they are an answer to the question of which countries use cryptocurrency the most. The Philippines’ Central Bank has permitted its people to use crypto exchanges as remittance and transfer companies.

Australia is among the countries that legalized trading and adapted cryptocurrency effectively. Reports show that more than 59% of Australians own cryptocurrency, and they are mostly aged between 25 to 34. This rapid development in the market is reflected in the increase in trading volumes on exchanges, making Australia yet another country listed in the answer for, which countries use cryptocurrency the most?

Notwithstanding the uptake in crypto trading in Australia, there are still a few industries that either have a cryptocurrency ATM or offer it as an in-store payment method. While trading this digital currency is legalized in the country, it is not considered legal tender since the Australian government did not regulate it. Some of the challenges in investment in Australia can be a lack of regulations and market volatility.

An interesting fact about crypto in Australia is that its government announced that it would be subjected to capital gains tax and considered property. In addition, cryptos are included in the anti-money laundering framework. In other words, exchanges require registration with the Australian Transaction Reports and Analysis Centre (AUSTRAC).

Nigeria and cryptocurrency may not be best friends. The country’s government banned the use of crypto for banks and other financial institutions. In 2021, they confirmed through a statement that cryptocurrency usage would be banned across the country.

However, the Nigerian residents did not stop there and continued their involvement in the crypto industry. Due to their online searches for “Bitcoin” and “crypto,” their frequency is listed as the world’s number one. The factors contributing to the significant growth of the crypto market can be Nigeria’s immense inflation rates and people’s general disdain for the government’s repressive attitude. Generally, Nigeria’s crypto market is now among the fastest-growing globally.

Ukraine is making the financial game big and becoming a player to watch out for when it comes to cryptocurrency usage. There is a favorable situation for Bitcoin mining and earning, with the government trying to turn Ukraine into a Hot cryptocurrency destination. Therefore, the number of its users is developing. Currently, there are over 5.5 million crypto owners in Ukraine, which equals 12.7% of the population.

Since the country’s economy depends on the export of metals and agricultural products, the digital currency successfully uplifted the economy, and the government is embracing the market. However, it is not yet legal to pay for services and goods with crypto in the country.

Peru’s residents are most definitely growing funds of cryptocurrency as 3.7% of the population own digital currency, which equals 1.2 million people. In addition, in June 2020, there has been a development in a crypto wallet used in Peru (an 18.3% increase).

However, the country’s government does not want things to continue without them intervening. Authorities have revealed that there is an investigation into cryptocurrency in order to determine appropriate laws and regulations. Since many Peruvian crypto owners believe crypto should stay unregulated, which may bring some problems for them. 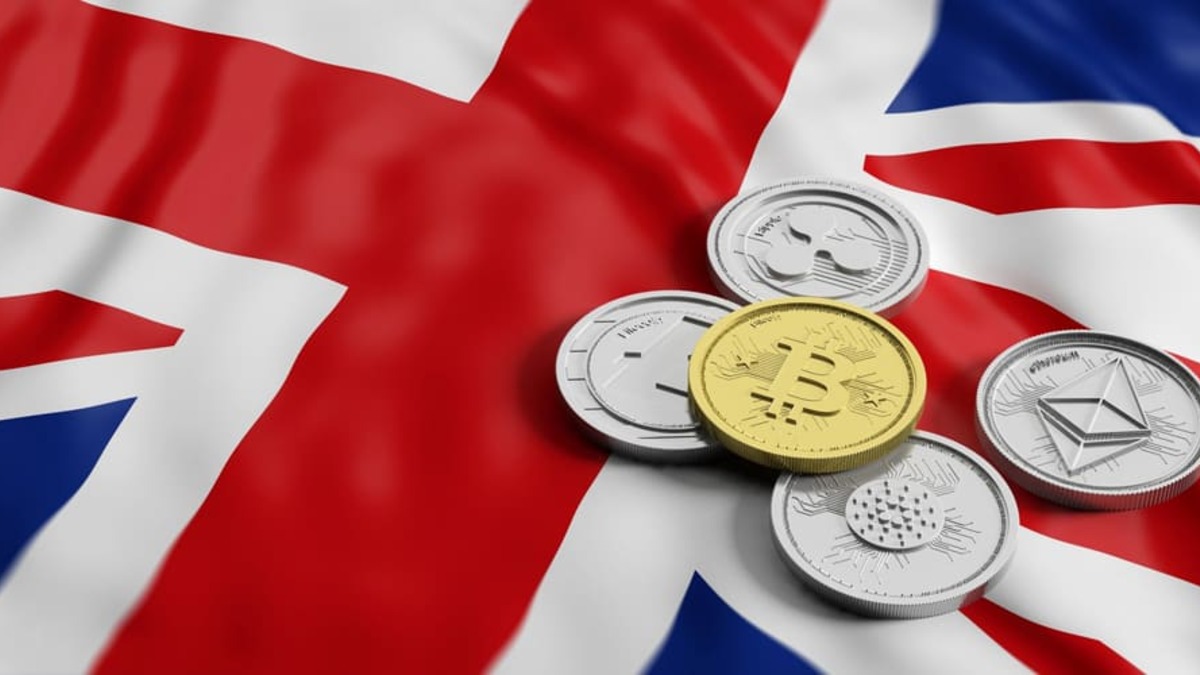 The UK also falls into the category of answers for which countries use cryptocurrency the most? as their market is on the rise, with about 1 million people owning crypto assets. During the last three years, the ownership rate has increased six times more. It means more British residents are keen on getting involved in digital currency. Because crypto was legalized in the UK, many people consider it a solid investment. This contributes to the market being on the up.

Although the government banned cryptocurrency in China, residents did not get on board with the plan. Nevertheless, they are still investing in the crypto market, despite the government’s many efforts to discourage people and delete crypto from the country in order to control the economy.

However, Billions of dollars in cryptocurrency are not held in China, and people move it out of the country to keep it safe. In addition, among these international crypto transactions, some are illegal as they exceed the maximum amount permitted to be moved. It remains to be seen what step the Chinese government will take next and how this ban will play out. 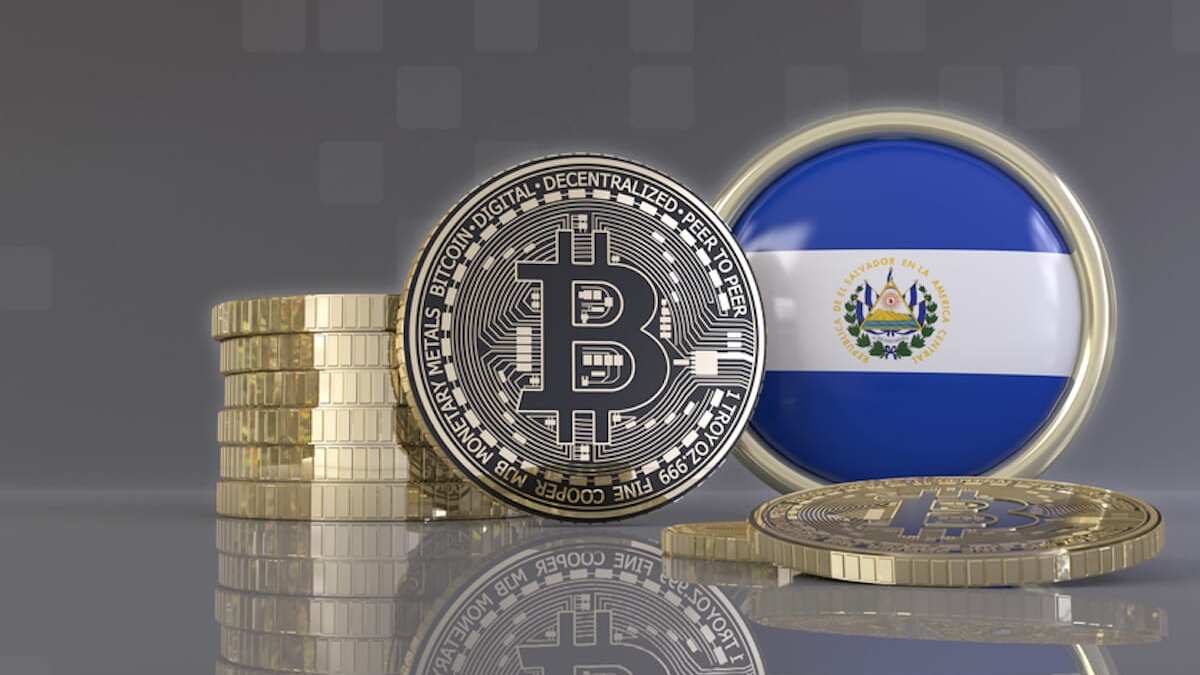 El Salvador took the cake for how committed a country can be to cryptocurrency among our list of “Which countries use crypto the most?”. Millions of dollars have been invested in Bitcoin after it was confirmed as legal tender.

Nayib Bukele, the EL Salvador president, has revealed that the reason behind this decision was to provide citizens with a chance to avoid paying high transaction fees when transferring money internationally to friends and family, which is quite ordinary in El Salvador.

More and more countries have begun investing in digital currency, but there are still some countries that have not. There are two sides when it comes to new-age cryptocurrency; one side believes in the future of digital currency while the other does not. Reports indicate that there are more than 300 million crypto users in the world. Although there may be problems with crypto along the way, many visionaries have backed it. They also expressed their faith in the future of this currency. They think that 25% of the national currencies will be cryptocurrency. As for the question of which countries use cryptocurrency the most, crypto is by nature unpredictable. From now on, there is no telling which countries will rise in the ranks next. Even bans and restrictions are unable to stop people from getting involved in crypto.

Matt Damon is among the most well-known actors of our generation, and he is mostly known for his super-spy role, Jason Bourne, who had lethal combat skills. The American actor’s…

Best Animation Movies of 2022 ; What to Watch this Year?