Chris Pratt is well-known for his role as Peter Quill, Star-Lord, in Guardians of the Galaxy, where he showed his comedic skills as well as his capabilities in being an action hero. Although this role is his most famous one, Pratt has a notable filmography. He made an impressive career outside of the MCU, so TechTrends made a list of the best Chris Pratt movies of all time.

Chris Pratt has become a well-known actor in the industry as he played in some of the most loved franchises in the last few years. He has delved into many different genres, and although he has a lot of comedic skills, his filmography can be surprising. Many know him from his role as Andy Dwyer on the TV Series Parks and Recreation or Star-Lord in the MCU movies. Pratt also worked as the voice behind many characters in animations. He has many credits under his belt and is not afraid to get out of his comfort zone and pick new projects. TechTrends decided to take a look at his entire career and make a list of the best must-see Chris Pratt performances to date. Without further ado, let’s get to it.

Born in Washington, Chris Pratt started his acting career in the 2000s, with his breakthrough coming in 2009 when he acted as Andy Dwyer on Parks and Recreations. He then made a pathway to a great career. After five years, he appeared in Guardian of the Galaxy, and his role in that movie made him one of the most recognizable actors in the industry. He also was the lead in Jurassic World. Here are the best Chris Pratt movies of all time ranked based on their rating on Rotten Tomatoes and IMDb.

The Five-Year Engagement is one of the best Chris Pratt movies of all time, but he was a supporting character in the movie. Emily Blunt and Jason Segel are the lead characters with their wedding getting pushed back, which puts a strain on their relationship. Pratt plays the role of Segel’s best friend, who marries Blunt’s sister, portrayed by Alison Brie. Critics said that the leads of the movie were effective, charming, and funny.

The movie Wanted takes an untypical approach to the world of assassins and action. Wesley Gibson, played by James McAvoy, works in an office, and his life is not going anywhere. The movie is more about this man who gets recruited into a secret group tasked with assassins and completes missions for them in order to avenge his father’s death. Chris Pratt had a small comedic role in the movie. Angelina Jolie and Morgan Freeman pulled off amazing performances in the movie. The action scenes are very entertaining. This is one of Chris Pratt’s greatest movie roles; you don’t want to miss it.

The Magnificent seven is one of the best Chris Pratt movies of all time, where he plays alongside Denzel Washington and Ethan Hawke. He is a member of a band of cowboys who are tasked to protect a small town from an evil baron. The talented cast of actors really helped the movie and made it entertaining. The movie is based on a 1960 film of the same name. Pratt plays the role of John Faraday with his charisma and star power.

Jurassic World got a lot of criticism that was not fair. Although it is not perfect, it is so enjoyable. The movie takes on a new era for Jurassic Park, as a fresh tourist death trap/dinosaur zoo is unleashed to the public. Chris Pratt plays the leading role, and the film introduces him as a franchise star since he showcased his ability to lead a spectacle of a blockbuster hit. There are many special effects in the movie, and despite the storytelling faltering at points, it is quite entertaining. This is one of the best Chris Pratt movies of all time. 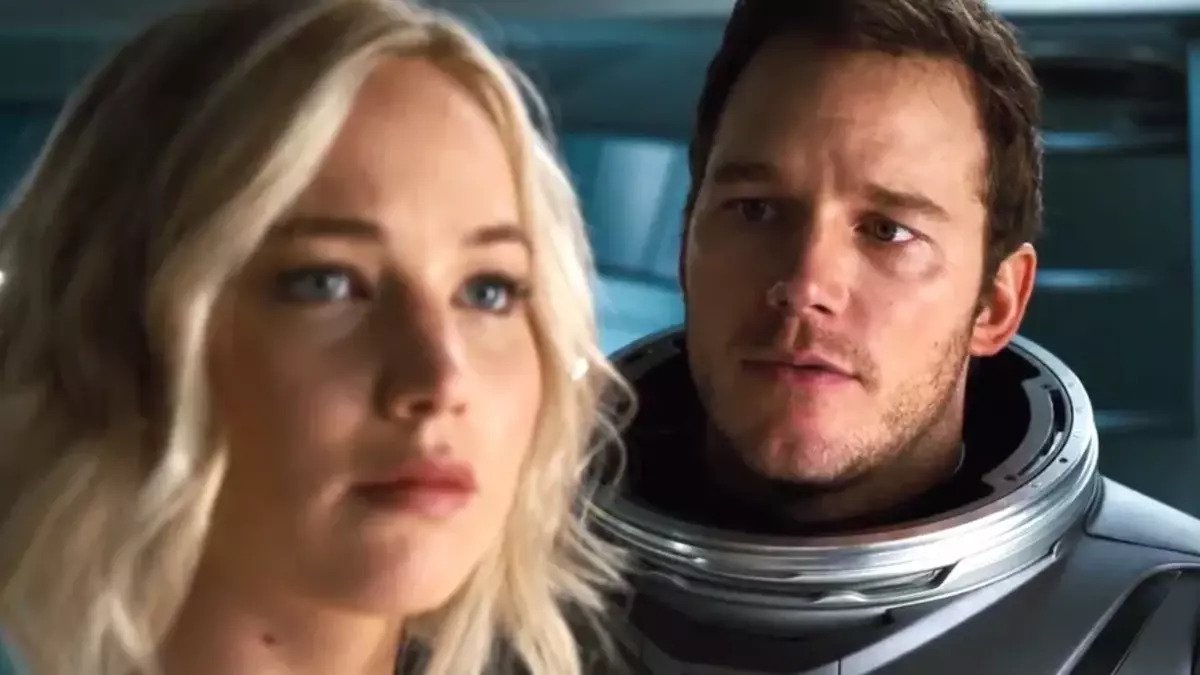 Chris Pratt has done many fantasy and sci-fi movies, and in the movie Passengers, he teams up with another amazing and iconic actress, Jennifer Lawrence. The story revolves around the two, who wake up early from their stasis and find out they will die before reaching the destination the ship has. As time goes by, they are drawn to each other, notwithstanding the challenges they encounter.

The movie had only a few characters; therefore, both actors had the chance to shine, and they did. Aurora’s character in the movie Passengers is more of a sympathetic one as she sees herself in an unwelcome situation due to Jim’s actions. This is one of the best Chris Pratt movies of all time.

Another one of the best Chris Pratt movies of all time is an animated one where he teams up with Tom Holland. The movie revolves around brotherhood and family in a land of mythical and legendary creatures. It follows the tale of two elf brothers named Ian and Barley, who are keen on finding a way to be with their father one more day. However, they face many obstacles along the way. Onward did not become as popular as some of the other Pixar movies. However, it is still heartwarming, funny, friendly, and quite imaginative. Therefore, it made it to our list.

Another one of the best Chris Pratt movies of all time is Zero Dark Thirty, where he plays the role of a soldier. The movie revolves around the manhunt of Osama Bin Laden after the 2001 terrorist attacks. Jessica Chastain portrays the role of an officer in the hunt, and Pratt is involved in the eventual assassination mission. The CIA operative, Chastain, struggles to endure the inner moral conflict of doing the interrogation methods while searching for Bin Laden’s whereabouts for several years. If you are interested in this genre, we definitely recommend this movie.

Chris Pratt’s role in the movie Moneyball was small yet quite impressive. Therefore, this is one of the best Chris Pratt movies ever. Brad Pitt plays the role of Billy Beane, who is the manager of the Oakland Athletics baseball team. He built a team that could compete with the richer MLB teams. Pratt portrayed the role of a player who got a second chance with the new approach of Beane. Although match and baseball might not be interesting subjects to most audiences, the film is able to make them compelling. Pitt and Jonah Hill made the movie very funny and sharp.

In the same year Chris Pratt acted in the movie Guardian of the Galaxy, he also had a hit with The Lego Movie. Pratt was the lead role, Emmet, who is a positive everyday man who is the “chosen one” to defeat the sinister Lord Business. He is believed to be The Special, who will bring justice and order to the chaos. Pratt’s talent in this animated movie brought him a lot of success. His charming vocal performance made this one of the best Chris Pratt movies of all time. The critics praised the movie’s inventive animation style, smart story, and humor which made it not only interesting for children but also for adults.

The role that turned Chris Pratt into a superstar, Peter Quill, also known as Star-Lord, is by far one of the most recognizable roles he has ever had. Guardians of the Galaxy took a little-known comic book and turned it into one of the greatest blockbuster movies of the 2010s with the help of the Marvel Cinematic Universe. Although the director and storytelling were amazing, Pratt’s performance should not be dismissed. Pratt was able to take this character and turn it into an earnest space traveler who loves to be loved. In the sequel of the movie, there was a more emotional side to his character as his vulnerability made the film one of the most emotional MCU installments. This is indeed one of the best Chris Pratt movies of all time that you do not want to miss.

It is good to mention that there was a time when people did not think Guardians of the Galaxy would be successful. No one imagined this would make the big screen, with Bradley Cooper featuring as a talking raccoon and Chris Pratt starring as a super heroic lead. However, Pratt did his best for the role and went through a total transformation, including building new dramatic muscles for the character. This movie is not only one of the most well-known and beloved superhero films ever, but it also paved the way for a new style of blockbuster that is gaining more acceptance over time. Therefore, this one has also made it to our list of the best Chris Pratt films ever.

The movie Avengers: Endgame starts with Iron Man in space for three weeks after Thanos’ Snap wiped out half the universe’s population. However, they get saved by Captain Marvel later in the movie. The rest of the Avengers, on the other hand, have to find out a way to bring their lost ones back. Although Chris Pratt barely makes it to the screen in Endgame, there is no denying that it is one of the best Chris Pratt movies of all time. Avengers: Endgame was without a doubt one of the best MCU movies of all time as well, where Pratt continued his role as Star-Lord.