As we are reaching the final month of the year, the list of the best games of 2022 is almost complete. There have been some impressive games introduced during the last 11 months across major platforms.

We have made a list of the best games of 2022 that have been named the games of the month or the runner-up to that month’s pick. Since 2017, there has not been this many new games released, which makes 2022 a standout year. Although the first few months of a new year are very lousy when it comes to new games being released and developers fail to meet the deadline due to the holiday season, the beginning of 2022 was extraordinary. The number of games that came out this year so far are about 70 and making a list of the greatest games of 2022 was not an easy task but TechTrends did narrowed down a list. Without further ado, let’s get to it.

We are getting closer to finding out what the game of the year is and many games are fighting for that title. 2022 has been a very good year for games. Among the many that were released so far, we made a list of the best games of 2022. Here we go.

Mario + Rabbids Kingdom Battle was one of the best games of 2017 and has always had a lot to live up to. The next game that came out was Mario + Rabbids Sparks of Hope, with Ubisoft going above and beyond for it. This amazing game was able to offer what made its original so special and added a better, more complex and complete experience. The combat is much more strategic and the world of the game is very vibrant for you to explore, which makes it a very true evolution. This is one of the newest releases of the year and we strongly recommend this wonderful game.

Marvel Snap is yet another one of the best games of 2022 that came out of nowhere and made everyone impressed. It gives you a feeling of not wanting to stop. It also makes you say ‘just one more game’, which can drain your battery and ruin your life. This intuitive competitive card game is wonderful and the minds behind it are the creative ones that made hearthstone. Moreover, developer Second Dinner made a strategic round of play that can be done in six minutes. You can easily learn the game and playing it is very satisfying. In addition, since the strategy has variety and variance, it will not be repetitive and you will come back for more. If you have not played it already, you should. We strongly recommend this as one of the best games in 2022.

It is a delight to play Return to Monkey Island, which is an approachable and intuitive adventure game. This will also be a very perfect start for those who have not played the genre before as it is created by some of the pioneers. Moreover, if you know the adventures of Guybrush Threepwood since The Secret of Monkey Island in 1990, you will find the game pretty nostalgic and the story will be heartfelt. This silly pirate story has a very impressive narrative framing and the puzzle design is quite amazing, which takes the game to a new level. Whether you like point-and-click adventures or want an easy start to the genre, you must try playing Return to Monkey Island.

Splatton 3 is the next all-ages third-person shooter from Nintendo that is successful for being different. This is one of the best Switch games of 2022 courtesies of its colorful aesthetic, good vibes and slick action. Therefore, you do not want to miss this wonderful game. Although the single-player campaign is not like the Splatoon 2’s Octo Expansion, the multiplayer is undoubtedly great. Nintendo has more variety, skill-ceiling and chances to express oneself with inky and messy combat, which makes this game a delight to play. Splatoon 3 is one of the best games of 2022.

Sam Barlow has been working hard on subversive, experimental narrative games for so long now and has now released his greatest effort named Immortality. After Her Story and Telling Lies’ success, Immortality opened the door for its film genre with its great mystery that tracks actor Marissa Marcel’s life across three films that many thought were lost to time. The game is quite haunting, surprising and wonderfully constructed. It did a wonderful job in storytelling and you should not miss this game if you have not already played it. Immortality is definitely one of the best games of 2022 that TechTrends strongly recommends.

Stray is a game that many have seen or heard of and it pops up on social media platforms, attracting the attention of the viewers. The game is about a cat, which gets lost in the city. The visual and animation touches are beautiful and some details will come out of the controller when you are playing it with PlayStation-exclusive, such as purrs and meows. All the areas are also made in a way that they will make your experience of playing as a cat a lot more engaging and interesting. This is another one of the best games of 2022.

The next on one the list of the best games of 2022 is As Dusk Falls, which is from developer Interior/Night, which is worth playing. This six-episode narrative-adventure game is about a heist that does not go in the right direction and the two families’ drama after it is the main focus of the game. This game was able to mix Netflix-style drama with Telltale-style storytelling for games, which resulted in a wonderful outcome. Moreover, the visual design of the game is spectacular and it will boost your gaming experience, so do not miss it.

Although many expected Fire Emblem Warriors – Three Hopes to be a very weird detour of a franchise since it is mostly known for the character building and the battles that were tactical turn-base, the developer Omega Force did a great job when weaving the Fire Emblem’s spirit in the carnage of Dynasty Warriors’ special brand of slashing and hacking. Three Hopes will make you the general of an army that is yours and urges you to dominate the whole battlefield in scenarios of combats that are real and you have all your favorite heroes from Fire Emblem. Three Houses. The game is very tactical and hectic, so it is very fun to play. If you want to blow off some steam, this is the perfect game for you as it is one of the best games of 2022.

We have yet another Supermassive Games that has a new interactive horror adventure, but this time the inspiration is classic genre such as An American Werewolf in London, Friday the 13th, and Scream. In this game, you have to guide nine camp counselors with a night in the woods that is unforgettable, with some not coming out alive. The Quarry has a great atmosphere and its branching pathways, jump scares, and many ways to kill off your favorite characters accidently is amazing. However, there are some problems with pacing, which can be overlooked for being able to be the director and screenwriter of your own slasher horror film. This is one of the best games of 2022 that you need to play now.

Sniper Elite 5 is another one of the best games of 2022. It might not be a reinvention of the wheel but it is the best of its type. Not only is it the best in tactical shooter which is choice-driven but also in being an evolution of the third-person combat series that is 20 years old. The biggest sandboxes are offered in the latest installment and each of them can be manipulated or approached in a number of ways. It is always fun to go against hordes of Al Nazi, particularly when you can puncture their organs with the use of slow-motion kill cams. The game has become very intense and grizzlier that ever before. You do not want to miss this outstanding game and we strongly recommend it. 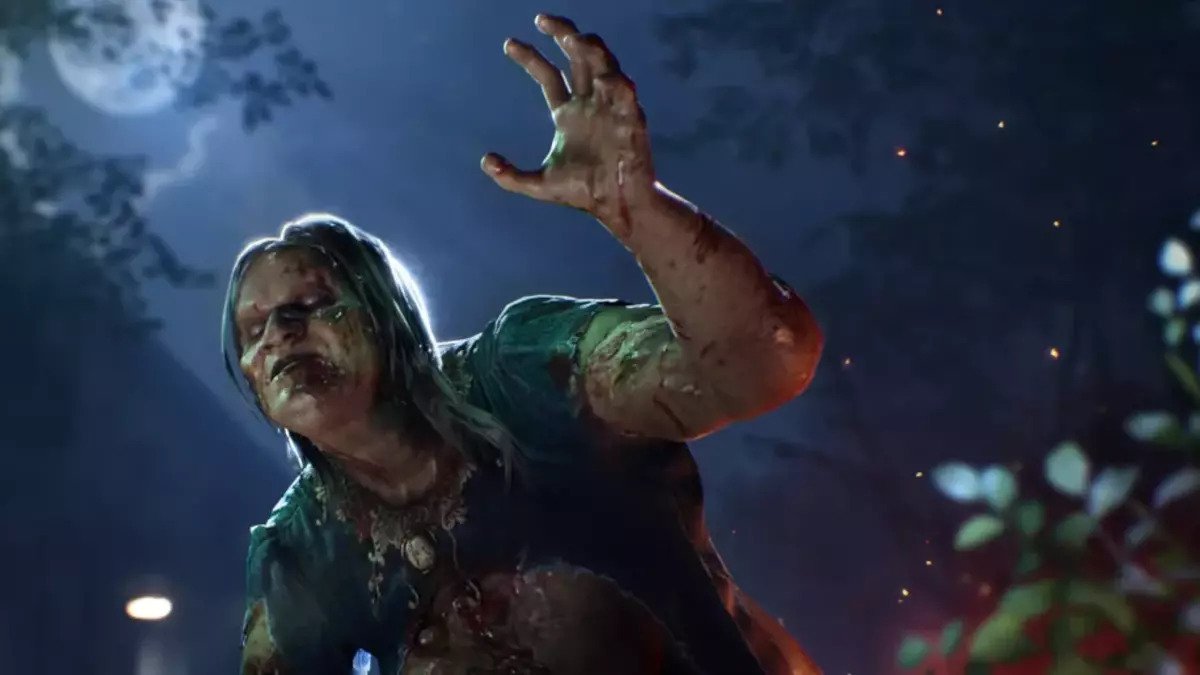 For those interested in the 1980s horror icons and would love to be in the world of asymmetrical mayhem and maiming, we strongly recommend playing Evil Dead: The Game. This asymmetrical multiplayer game gives you a fascinating experience and it is like Dead by Daylight a bit. Four survivors have to go against on Demon and they all have to work together to face off Deadite. Although the formula is familiar, it has the genre’s best ideas and give some agency to the survivors. Those who have been a fan of the movie and are into genres like this one, we suggest you give this game a try as you will love it. Evil Dead: The Game is one of the best games of 2022.

This game has turned all the nine films starting with A New Hope to The Rise of Skywalker into an adventure game, named Lego Star Wars: The Skywalker Saga. There are many action sequences that we are familiar with and love. Moreover, there are the twos, forest and swamps surrounding them, with all of them bustling with life and featuring lots of Star Wars lore, puzzles and challenges. Generally, this is a great game that will remind you of everything you love about Star Wars and it is one of the best games of 2022.

Kirby and the Forgotten Land

The fact that Kirby and the Forgotten Land has scored high in the best games of 2020 is partly thanks to the addition of Mouthful Mode. This new addition gives Kirby the ability to stretch themselves over things such as a car or a vending machine. Although it seems like a concept for a German horror film, it is very fun. Moreover, the world you can explore is delightful and 3D, with new mechanic. This makes this game a ray of sunshine. TechTrends recommend this amazing game as one of the greatest games of 2022 that you do not want to miss.

As it turns out, this game was worth all the wait. The FormSoftware adventure is one of the best games of 2022. It brings the DNA of games such as Dark Souls to a much bigger world that has poisonous swamps and mountain fortresses. Courtesy of the new equine sidekick, Torrent, you are free to go by and avoid fights that you cannot handle, which means the game is more accessible to players, but it does not mean that it is easier. In addition, the design of the monsters and bosses of the game are very scary considering the psychological aspect of them and they are very difficult. Elden Ring is very fun to play.

The last one on our list of the best games of 2022 is Pokeman Legends: Arceus, which makes the monsters stars of the game. Moreover, this game takes the focus away from beating other trainers in gyms to ‘have to catch them all’. While you are going around the setting of Hisui, you will go about the story. Then, NPCs pop up having their own requests instead of trying to bash in the faces of your Pokeman team in order to get clout. The visuals are impressive and better than before and there is a richer narrative used in the game. There is a lot of things to explore in Pokeman Legends: Arceus, so make time to play this amazing game.

Matt Damon is among the most well-known actors of our generation, and he is mostly known for his super-spy role, Jason Bourne, who had lethal combat skills. The American actor’s…

Best Animation Movies of 2022 ; What to Watch this Year?